Victoria is the capital city of British Columbia and sits at the southern tip of Vancouver Island as its largest city. Conde’ Naste Traveler Magazine reader’s poll rated Victoria one of the top ten cities to visit in the world. It looks and feels like a European city and you can find history, culture, wine and cuisine while the great outdoors is only a short drive away. The inner harbor is surounded  by the famous Empress Hotel, the BC provincial Legislative Building, the Royal British Columbia museum and some boutique motels. Victoria is also known as the garden city and a drive around the southern tip during summer months will show many of the beautiful private gardens surrounding homes. 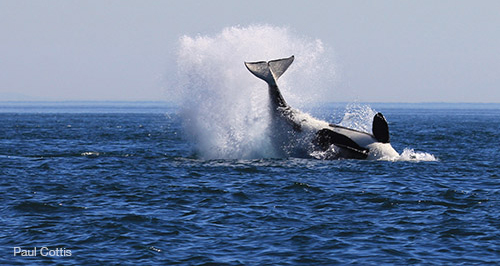 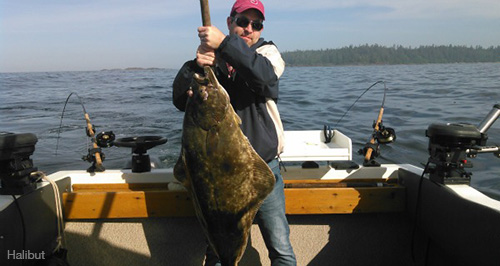 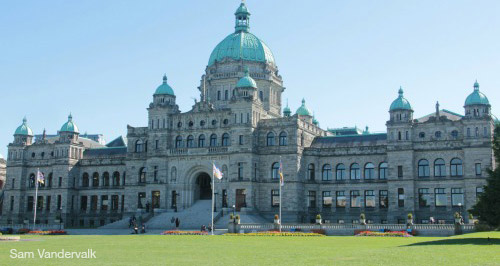 Top Things to do in Victoria

See what is possible when coming to Victoria BC 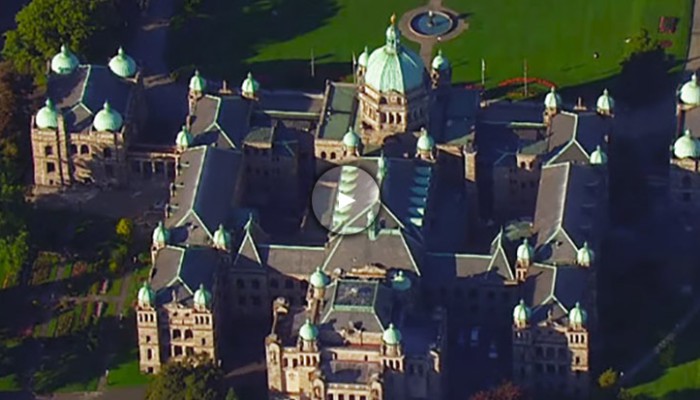 Victoria is the capital city of British Columbia, Canada.

Victoria’s Chinatown is the second oldest in North America after San Francisco’s.

Named after Queen Victoria of the United Kingdom and, at the time, British North America, Victoria is one of the oldest cities in the Pacific Northwest, with British settlement beginning in 1843. The city has retained a large number of its historic buildings including the British Columbia Parliament Buildings finished in the Empress hotel which opened its doors in 1908.

It can be reached by airplane, ferry, or the Victoria Clipper passenger-only ferry which operates daily, year round between Seattle and Victoria and 40 kilometers (25 miles) from Port Angeles, Washington.

as the western terminus for Canada’s Trans-Canada Highway, the longest national highway in the world.

The BC Ferries Swartz Bay Ferry Terminal, located 29 kilometers (18 mi) north of Victoria, has hourly sailings to Tsawwassen (a ferry terminal south of Vancouver) and to many of the Gulf Islands.

When you get here,

don’t forget to ride the Double Decker buses that are a part of the Victoria Regional Transportation System. These cultural icons offer even more charm and romanticism to Victoria’s city life. 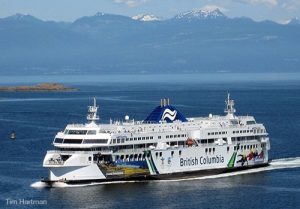 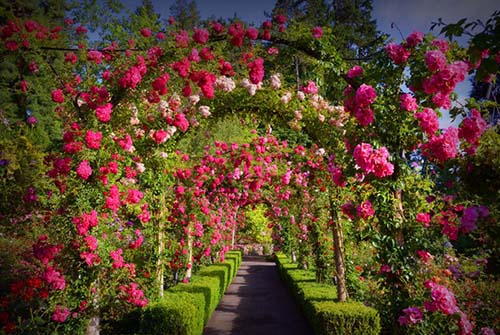 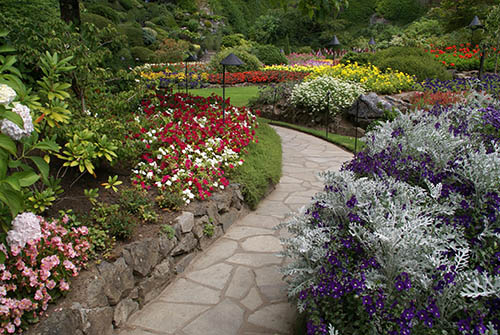 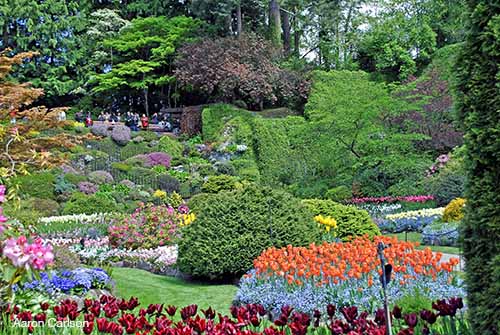 Victoria is known as the City of Gardens, giving the Hanging Gardens of Babylon a run for prestige. Since, what have you done for me lately, has become the new milepost of satisfaction, we’ll give the tip of the hat to Victoria for its numerous and beautiful settings. Here are a few worth taking the time to see:

a three-acre University of Victoria garden, is home to more than 200 rhododendron species and azaleas.

of the Pacific is another gem with demonstration gardens, display gardens, and woodlands.

adorn the city’s lampposts in a celebration of scent and bright colors, symbolizing Victoria’s passion for gardening.

are the crème-de-le-crème of Victoria’s gardens. If Martha Stewart came here, she might just call it home. Thousands of flowers are displayed in season each year in the Sunken, Rose, Japanese and Italian theme gardens. Breathtaking by day, the Gardens are even more delightful by night. The ideal setting for a spectacular date! 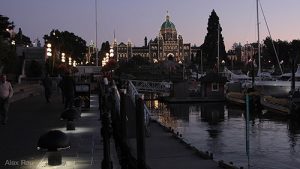 The British Columbia Legislative Buildings at night are a sight not soon forgotten. Just as popular and memorable as the gardens, the buildings here are decorated with 3,333 light bulbs, to provide a wondrous spectacle. And to save on spending money for other purposes, you can always take a free tour of the Legislative Buildings and learn about their history.

What once was old is new again, was a saying of the Renaissance. That couldn’t be any more poignant for the oldest section of Victoria, constructed between the 1860s and the 1890s. There are many avenues meant to be explored: from Johnson Street, to the historic Market Square. If you’re hungry or in need of a cultural attaché, the galleries and sidewalk restaurants in Bastion Square will be there to comfort your needs. And of course, let’s not forget Chinatown. Fan Tan Alley, the narrowest street in Canada (90 cm at its narrowest) might be the most celebrated draw, but there are many shops to explore in this brand new Heritage area. It is here that you’ll find that the past doesn’t always have to project onto the future.

It may seem strange that there is diving around

this bustling harbor community, but there is a great abundance of activity. Ogden Point is one such place with the marine sanctuary right off the Ogden Point Breakwater. Other sites include Race Rocks in the Strait of Juan de Fuca, HMCS Mackenzie off Gooch Island, and the GB Church off Portland Island.

cover a vast spectrum of species that breed and migrate along the Pacific Coast. It truly is a bird watchers paradise. Some of the flight patterns are manifested with birds such as: bald eagles, ospreys, turkey vultures, herons, shorebirds, belted kingfishers, dippers, winter wrens, and many species of migratory ducks, geese, and swans flock.

Provincial Parks are very numerous across all of Canada and especially British Columbia, but during the 1990’s, a string of new parks were set aside in the Capital Region District (CRD) to help preserve the regions biodiversity. The two parks that were created were the: the almost 3,000-acre (1,200-hectare) Gowlland Tod Provincial Park and the Goldstream Provincial Park. To go along with the new is also an original, the John Dean Provincial Park, which was the very first property to be donated to the BC provincial park system.

Horticulture Centre of the Pacific (HCP):

From its impressive library (2,500 books and magazines), vast array of plants (10,000 variety) and many unique displays (34), the Gardens at the HCP has set out to give a formal guide on how to landscape properly and effectively in the Northwest region. HCP is located at 505 Quayle Road, Victoria. 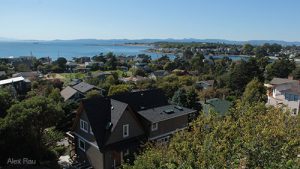 The drives along the coastline on the Island are truly some of the most spectacular on the planet. To capture the essence of the area, first follow the Scenic Marine Drive. This route proceeds along the coastline following the mighty Pacific Ocean, offering plenty of views of the distant Olympic Mountains. Another noteworthy drive is that of Dallas road. Following the coastline above high bluffs, this route offers wonderful sunset views and many areas to pull over and soak everything in.

If enjoy fine music venues and quality showmanship, then you are in luck. Every year Victoria has many festivals throughout the year that offer fantastic entertainment for lovers of all spectrums of the arts. The main events that should be marked on the calendar include: the Victoria Jazzfest International, the Shakespeare Festival, Victoria Rootsfest Music Festival, the Sooke Festival of Performing Arts, Symphony Splash, and the Victoria Fringe Festival.

The Olympic Mountains of Western Washington do provide cover for Victoria, as it is the driest location on the British Columbia coast. The rain shadow effect of the Olympics causes much lower rainfall than other nearby areas. The annual precipitation is 608 mm (23.9 in). For comparison, Port Renfrew, located just 80 km (50 mi) away receives 3,671 mm (144.5 in) of precipitation annually. Daily temperatures rarely rise above 30 °C (86 °F) and fall below 0 °C (32.0 °F) on a yearly basis. Thus, Victoria is never too hot nor too cold, but always seeming to stay constantly pleasant.

The rainy months happen to come during a four month period: November through February.
And while it does occasionally snow, what Victoria is really known for is the sunshine. 2,193 hours of sunshine annually rest on Victoria’s shoulders, making it the second sunniest city in British Columbia (Cranbrook is first).

The Coast Salish peoples, including the Songhees, were the first to inhabit the area around Victoria. The Spanish and British were the next to come, as they explored the northwest coast on several voyages. Juan Pérez in 1774 and James Cook in 1778 were the first to come along the coast where Victoria now resides. Spanish sailors eventually visited Esquimalt Harbour (just west of Victoria proper) in 1790, 1791, and 1792.

In 1841 James Douglas founded Fort Victoria, initially as a trading post. He had it built in preparation of the outcome of the Oregon Treaty in 1846. In 1858, the discovery of gold in British Columbia forever changed Victoria’s reputation. Overnight it became a port, supply base, and outfitting center. The population grew from 300 to over 5,000 literally within a few days. By 1862 Victoria was incorporated as a city.

In 1866 Vancouver Island was finally politically united with the mainland and Victoria was given the honor of being its capital. At the time, it was a highly controversial move. Around the turn of the 20th century the city decided to change its image, from rustic to that of modern civility. With the opening of the Butchart Gardens in 1904 and the construction of the Empress Hotel in 1908, Victoria was fast on its way to becoming a destination. Robert Dunsmuir, and his son James, helped cultivate this image further by their constructions of Craigdarroch Castle in the Rockland area, and Hatley Park in the present City of Colwood. 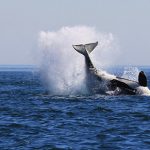 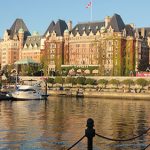 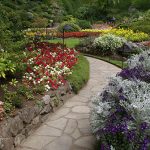 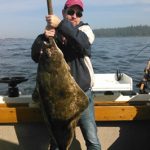 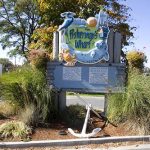 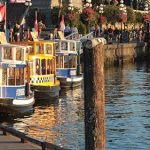 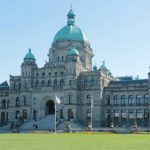 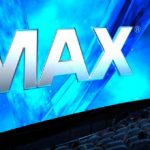 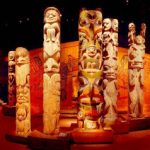 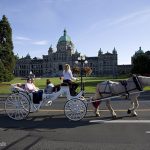 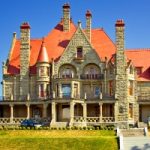 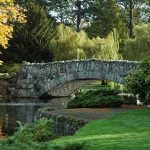 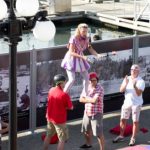 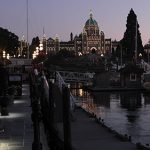 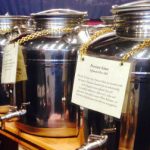 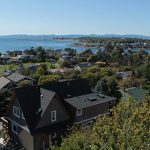