The Golden Hinde is the highest peak on Vancouver island at 2195 meters (7201 ft). Ironically, the mountain is almost in the geographic centre of Vancouver Island, as well as near the centre of Strathcona Provincial Park (2 450 km2  605 408 acres). It is located 25 kilometres (16 mi) east of the community of Gold River. The mountain was first ascended in 1913 and has become a popular place for experienced hikers.

The mountain took its name from Sir Francis Drake’s ship, the Golden Hind, by an early fur-trading captain, who was reminded of Drake’s ship as sunset hit the mountain (which is visible from the west coast of the Island) and in honour of Drake’s reputed presence off the coast of the future British Columbia during the explorer’s circumnavigation of the globe from 1577-80 (see New Albion). The present name was not officially conferred until 1938, but this was done after a reference to the peak in a fur-trader’s log. The alternative name “The Rooster’s Comb” was used by early alpinists because of the mountain’s appearance. The mountain is made of basalt which is part of the Karmutsen Formation. 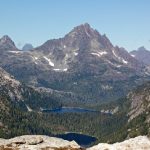 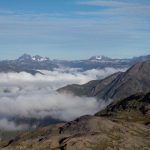 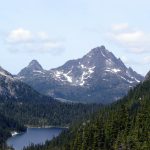 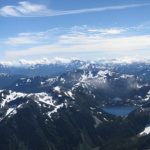 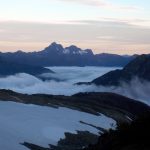 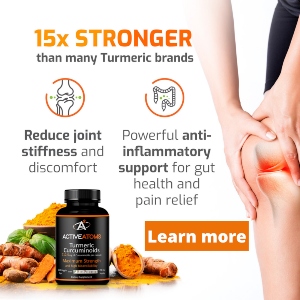