A new year brings with it 365 days of new opportunities, new goals to achieve and a new round of vacation days. Why not include Vancouver Island on your list of destinations to visit in 2017? Need some convincing? Here are 10 reasons why you should come discover Vancouver Island in 2017.

For Golfers, that makes the Island paradise, as many courses are open straight through the year. Snow typically stays up the mountain during the winter meaning you can run or hike Vancouver Island’s famous trails and parks, even in December.

Proof? Comox Valley has a race known as the snow to surf, which features teams of competitors who tackle the following legs of the race, all in the same day: Alpine Skiing, Cross-Country Skiing, Running, Mountain Biking, Kayaking, Road Cycling and Canoeing. Also, when Mount Washington has enough snow, it’s known to open for a weekend in the summer – some of the most ambitious ski the day and then finish it off with a kayak or a trip out to Tofino for a sunset surf. Challenge accepted.

In celebration of the grey whale migration, Tofino and Ucluelet partner up every year to bring Islanders the Pacific Rim Whale Festival. For two weeks, events run between the two coastal towns. Over 18,000 Grey Whales pass by the coast of Vancouver Island in March. Mystifying in their size, there is nothing more west coast than zipping out into the Pacific in a zodiac to catch site of these graceful giants. After nearly 20,000km of travel (one of the longest marine mammal migrations), the whales certainly deserve a festival in their honor! 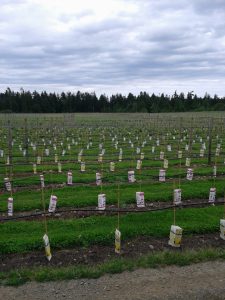 The Cowichan Valley of Vancouver Island is rich with vineyards. Close to both Nanaimo and Victoria, no matter where you find yourself arriving on the Island, you’ll definitely have access to the 15+ tasting rooms. In fact, while you taste test they even have passports for you to fill-in to win some prizes – just in case you needed some encouragement. Aside from wine, there are distilleries, breweries galore and even a couple cideries across the Island, most of which have tasting rooms.

Hot Springs Cove is a delightful treasure tucked away on the West Coast along the Sidney Inlet. Untouched and surrounded by some of the west coast’s best (think: waterfalls, ferns, forests and rugged coastline), these all-natural, geothermal hot springs are beyond unique. Toasty even with snow, they rest at a temperature anywhere between 50-109 decrees C (228-122 degrees F). Better yet, it is only a short flight or boat trip out of Tofino to the Cove and a quick, forest-embraced amble to earn your time at the pools. Their heat ensures that you can show off that beach body any time of year. 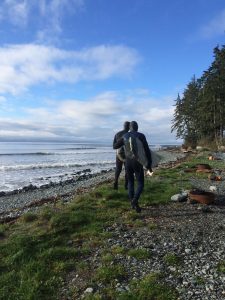 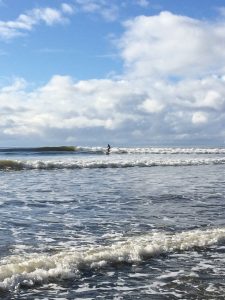 Not only is Vancouver Island one of few places in Canada you can surf, it’s also one of the only spots in Canada you can surf year-round. Tofino, of course, is the first location that comes to mind. It is Canada’s unofficial surf capital: Consistent waves, moderate temperature and stunning, sandy beaches make it an uncontested #1. However, the occasional storm makes areas like Kye Bay and Kitty Coleman in the Comox Valley surf-able from time-to-time. South Island destinations include Jordan River and Sombrio but watch out, the locals bite. One thing for sure though, wherever you choose to surf on the Island: Wetsuits are required all year.

Chemainus might as well be the fine art capital of the Island. Every year there is a festival dedicated to the performing arts known as the Chemainus Theatre Festival, which runs shows pretty well year-round. On top of that, the town’s claim to fame resides in the amazing works of art that adorn the building’s walls. Forty-four painted buildings make up what is now a massive, open-air gallery, keeping the small, 4,000-resident town alive and kicking. The town itself is also beautiful in its quaintness and is a charming stop during any Island exploration. 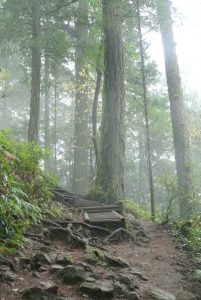 Vancouver Island is part of the unique “Temperate Rainforest” region. In fact, the Pacific temperate rainforests ecoregion is the largest temperate rain forest ecoregion on the planet. So, you can check that one off the bucket list. Some of the trees on the Island have been around for more than eight hundred years. Cathedral Grove is an amazing spot to visit these silent, sky-scraping beauties. Some of the largest survived a massive forest fire and now stand a humbling 75m (250ft) high and about 9m around. Lone tree huggers have a hard time, but snag a few friends and see how many it takes to encircle the whole tree.

If music and music festivals are your jam, there is no shortage of events to be found on Vancouver Island. Some of them are even kind of famous. Vancouver Island Music Festival (VIMF) runs every summer in the Comox Valley, Rifflandia takes over Victoria in the fall and Song and Surf gives cause to camp in Port Renfrew in the winter. Not convinced about a winter festival? Song and Surf usually features a hot tub on the beach to help fight the chill. Each town seems to have its own event at any given time and there are always great, local hotspots to discover some new talent.

Every summer the Parksville Beach Festival holds the Quality Foods Canadian Open Sand Sculpting Competition and Exhibition. Far from the days of bucket-built castles at the beach, over 100,000 people stop by in the summer to check out the masterpieces. It is surprisingly breathtaking to walk by the incredibly detailed creations that tower above the sand from which they protrude.

The list is far from exhaustive. In fact, these 10 items are just a glimpse through the window of what is out there on the Island. From art to sports to recuperation and relaxation, Vancouver Island has something to discover for everyone.